A downloadable game for Windows

A flamboyant killer... A tedious job... A night too quiet to be true.

Steve works at a mini market at night isolated from the city. When you come across a different psychopath...

A freak in a clown mask who kidnaps people and plays games of life and death. 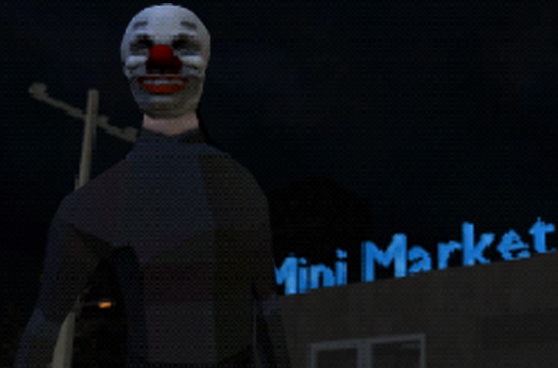 THERE IS A SCENE IN THIS GAME THAT CONTAINS VERY STRONGLY FLASHING LIGHTS. IT MAY BE DANGEROUS FOR PEOPLE SUFFERING FROM EPILEPSY.

The game was inspired by "Night Shift" from the company "Puppet Combo" and there are also inspirations from the movie "Saw". 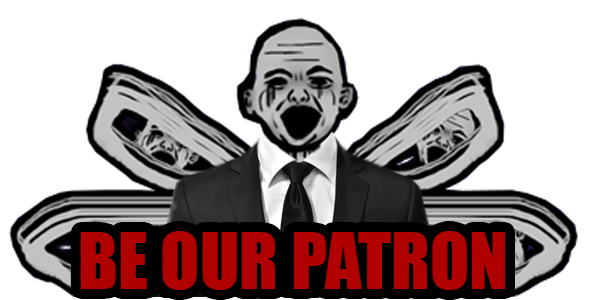 In order to download this game you must purchase it at or above the minimum price of $1 USD. You will get access to the following files:

The fun part about this game is to make decision for u live!!

this game scared me a few times, i love these style games keep up the good work

Another awesome game! ima buy em all at this point lol

Very clutch finale on this run

I really enjoyed the game

Hope your still adding to it though it was a little short but cool.

You have now become one of my favorite devs <3 Keep it up! Cant wait for more!

This was a lot of fun to play, I really enjoyed the build up and feel of the game! Great job!

Good morning, I bought the game and so far I haven't received it!

when do i get the game?

The beginning of the game was fun and had to offer the most suspense, it was so spooky. But the second chapter of the game was pretty lack lustered. I can see where you were going but when I died in the "Hell" room and had to replay the previous room it got a bit annoying. 1) Dialog is slow, I wish it was sped up or a way for you to speed it up. 2) you have to go to certain areas of the room to trigger the tv scene. In the hell room it only triggered when I was close to the hell door, wish it was when you see the table and knife.

I kept dying in the hell room which made me believe that you would die in Hell no matter what. But then I realized you had to crawl, speaking of which I wish more of the game controls were used/stated. In the first half of the game, I wasn't sure how to interact and actually made a comment about it, then deleted it after finding out it was E. Wanting to make sure I knew the rest of the controls I played with my keyboard and found the Y and X button which made you lean over left and right. I had never seen this function before in a horror game and was excited to use it and see when/how I would, I thought maybe I would hide and try and escape and use those two buttons to do so, but that never happened. Also with the Tabs button which made my screen blurry? What is its purpose? I thought that was the interact button when I tried to read the note but it just wasn't loading in.

Back to the 2nd part of the game. I love the distinct difference in scenery, from the bland boring grey colors to the bright and happy ones! Really throws you off and makes you think "wait what is happening". I wish your choices mattered more in that section, I played 2 finish runs (Kill>Heaven>Escape, Live>Hell>Escape), and they are both the same. I wish your friend did more, I was really hoping that he would try and beg or talk to you in the first room making your decision to either kill or save him feel more real, and in the second room, I thought he would try and protest and get my arm so he wouldn't have to suffer. Maybe if you used that Beggar character from the first act instead of him it would be better? I forget the line but he said something along the lines of "He always watches" when you don't give him food making it seem like what we did was the VERY wrong choice.

The reason I say that is because the story feels incomplete. In the beginning, you are stalked by the clown and meet a variety of suspicious customers, and then kidnapped. There were multiple times I thought I would know who the clown was. The first customer because he asked if I was scared cause of the clown along with saying some other shady things, and the last customer when he asked me to get cigs, when I turned around I 100% believed when I looked back at him he would be the clown.

The middle is actually being kidnapped and having to escape. We know this clown stalked us because we see the car in the parking lot and him knowing our name.The beginning and middle tie together but the end doesn't, we just escape and that's it.

With the beggar character, you can maybe tie in that he's working with the clown to some extent like the Begger saying that he should kidnap us. I'm just spitting out ideas with no grand big thought but these are just suggestions.

I actually like the game a lot and the PSX style, you captured it perfectly. I say these criticisms and recommendations because I know that 616 Games has a bright future! After writing this I'm gonna play more of your games because I love the idea and concept of this one so much, you sold me on your company and I like it.

One last thing. The last room was amazing. I love how he gives you the code but not the order and the walls slowly get closer, the heat is ON!! It's an amazing final room and made me feel so stressed, also the fact that it removes 10 points for every wrong choice is perfect cause it just adds to the stress!

Reply
xlooper6423146 days ago
this game is fun i love it keep up the good work!!!
Reply
KevCrack-YT147 days ago

I really enjoyed playing this game. The storyline and twist was amazing, great job! Here's my funny moments while playing (PLEASE CHECK OUT)

Reply
AmberHolster149 days ago
This was so good I can't wait to try out the other games!!!! :)
Reply
boogadoogames149 days ago

Very very cool!! And I'm afraid of clowns. Put on my channel :)

Will it ever be for MAC OS

Pretty fun game! Lagged for me but that's because I'm using an old laptop. Amazing game nonetheless. I want to thank the developer for making it <3

Thanks friend, I'm really glad you liked it.

Reply
fawaffle_youtube151 days ago
this was a really fun horror game. i hate clowns so yeah it got me pretty good at some points. this is a reaction compilation and is only 3 minutes long. pro edited as usual and i upload 3 of these types of videos a day so that sub button means a ton to me
Reply
616 GAMES151 days ago

Reply
Mrevil151 days ago
This is such a great concept! the only thing i would have to say is how long it took NPCs to walk but after the market it was really good!
Reply
616 GAMES151 days ago

Thanks friend, I'm glad you liked it.

Reply
Muersitine151 days ago
The game is very well made. It's creepy and mysterious at the same time. Good job :D

Thank you my friend :)

I love the circus.

Great game! You took a boring job working the night shift and turned it into a suspense-filled, survival horror thriller. Great job creating a classic 80's horror vibe with a touch of Saw - I thought that was a cool combination. All-in-all, a nice horror experience.

Thanks friend, I tried to bring two levels of experience in just one game, I'm a big fan of classic horror.

Too bad you didn't like the ending, I wanted to bring two different experiences.

I'm not being mean, I just see A LOT of potential in 616 games , and from what I could see you can do better. you took away all the scares, the games were boring and the choices barely mattered.

Thanks for the positive review. It's always good to have other opinions, it helps me a lot in my work.

Very interesting game. I like how it started in a convenient store and turned into something else. Felt very puppet-comboy.

Thanks haha, I like creating bizarre games and also mixing experiences within a game.

This game was pretty good. Definitely liked the slow build up to something sinister. Made a video on it.

First off, congratulations on your game. You've managed to combine the vibe of the Puppet Combo games and the Saw franchise well in a unique way. The game turned out great. Congratulations indeed.

Really caught the feeling of puppet combo games, really atmospheric and the environment was really solid. Just wished the choices mattered in the end but other than that it was great. Thank you for making this!

Thanks, this was a simpler project I did.

Reply
trailmix153 days ago
this game is so good, and I like the fact that we don't know who's behind it and why, love the mystery in this game

Hello, I played this game and I really enjoyed it, good work :)

Thank you very much.

WHY DID ME BROTHER INTRODUCED ME TO THIS HEEEEEEELP

Masterpiece! i wish it was longer, the graphics style is amazing congrats :D

Thank you very much, it is very important to me. 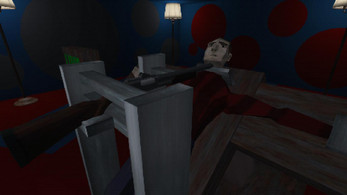 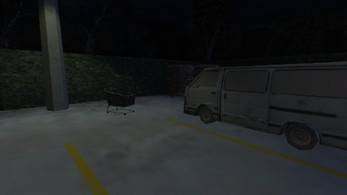 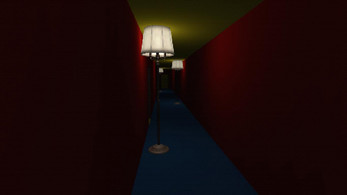 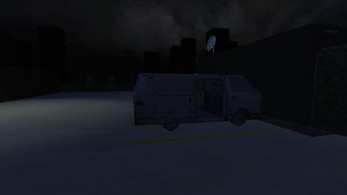 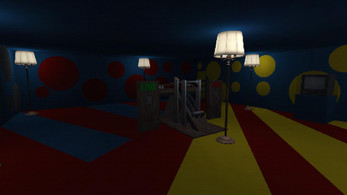 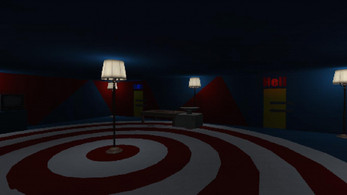 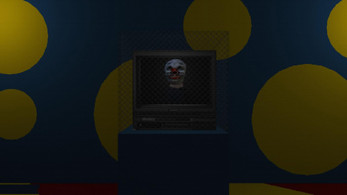 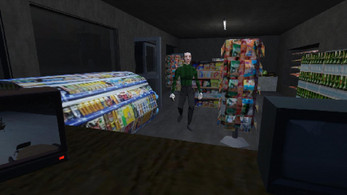 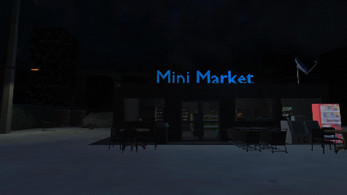 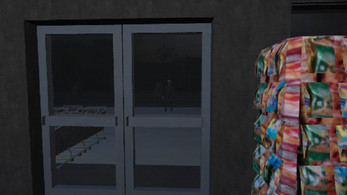 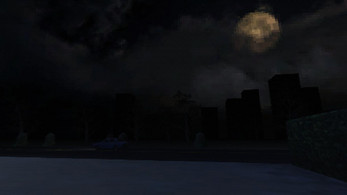 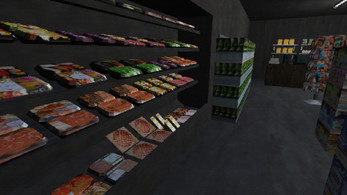 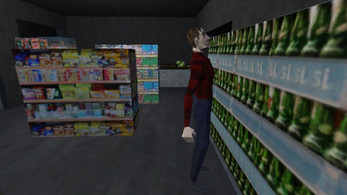